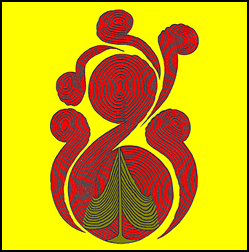 "Red Dust Healing for me begins with my earliest memory of my dad, Noel Powell Snr. I must have been about four and I remember him driving home on the grader to a caravan on the side of a road out near Ivanhoe and the red dust swirling behind him. He swallowed a lot of Red Dust in his time.”
Tom Powell Founding Director.

Originally designed by Tom and further enhanced with the model of oppression with Randal Ross whom he first met in October 1996 while working for the Department of Juvenile Justice in Taree NSW. Red Dust Healing is a specific cultural healing program that has been delivered to groups in both New South Wales and Queensland. To date over 14 000 + people have been through the program plus more than 3 000 through information sessions and 1 day workshops. Numbers continue to rise rapidly as more and more people hear about the red dust healing.

A proud Warramunga Man from within the Wiradjuri Nation. Tom was born and bred in a little town called Narromine in the Central West of NSW.

Tom finished school after year 10 and worked with his father in the family business of earthmoving and road construction. Tom’s father established this business in 1973. A mean feat for an Aboriginal man given the times. Tom and his brothers worked with him until his death in 1985. After his father’s passing Tom continued in the business purchasing his own grader in 1987. In 1994 Tom enrolled in a community welfare course at night at Dubbo TAFE. Tom feels he has had a fortunate upbringing and has always wanted to help his people especially the Aboriginal young people. Tom Spent 14yrs with the NSW Department of Juvenile Justice as a Aboriginal Programs Officer both in Taree and Coffs Harbour on the mid north coast of NSW. After leaving the Department Tom has been busy facilitating Red Dust Healing.